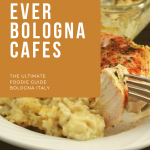 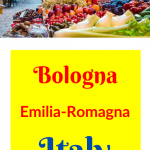 The centuries-old city of Bologna is situated at the foot of the Apennine mountains. The visitor can stroll along its long arcades before exploring the high towers and lunching by one of the picturesque harbours. But, before we take a look at the best restaurants in Bologna, we should become better acquainted with this beautiful destination.

You can wander along the sides of the ancient canals and picnic in the lush parks. Amble up the gentle hills to enjoy the amazing city views.

The Italian city of Bologna is the capital of the Emilia-Romagna province. Many visitors find Bologna, despite its size, to be an easy and appealing city to explore. And, according to the many foodie travellers is the gastronomic capital of the area.

While you are visiting the many tourist attractions, notice the unique character as you stroll the long arcades. Take in one of the numerous cafés and join the exuberant students.

Nearly all of the popular sites are within easy walking distance of Piazza Maggiore. The arcaded streets make walking a pleasure in all weather.

The city has a reputation throughout Italy, as a culinary centre. Famed for tortellini, tagliatelle, and other kinds of pasta. The classic dish of tagliatelle al ragu, is known elsewhere simply as tagliatelle Bolognese.

Cured meats are a local speciality and the region is home to the Parmigiano Reggiano cheese.

Where to find the best local dishes

When you visit the best restaurants in Bologna you know you are going to eat local Parmigiano-Reggiano and authentic Balsamic Vinegar. And when you taste genuine ragu you know you have sampled the real Bolognese sauce.

The visitor to Bologna can experience marvellous trattorias, wonderful osterias and fantastic restaurants. Furthermore, fast-food style pasta places will sate your Italian taste-buds as you visit refreshing aeritivos and absorb the Italian lifestyle.

The Osteria al 15 is a delightful restaurant, hidden down a little side street. The reputation for generous portions of Bolognese food has visitors seeking it out with gusto.

Sometimes, you don’t want to eat, you want to experience a little culture and history. This is a desire that can be easily fulfilled by the hidden gems of Bologna.

When you have time to relax and just amble through the winding cobbled streets of Bologna, you get a much more authentic taste of the city than you can by rushing around looking for the best restaurants.

This city has a wealth of things to see, as well as the world-class museums and beautiful parks.

However, you will be frustrated because 3 days in Bologna is just not enough to see everything.

You may be smothering your plate with a pile of parmesan or drizzling sweet Balsamic vinegar over your salad. But, did you know that most of these ubiquitous Italian recipes can trace their roots back to the Bologna region?

Many Italian cities claim to be the food capital of Italy. Bologna is no different in claiming to be the gastronomic centre of Italy.

If you ask six locals, which is the best restaurant in Bologna, you will undoubtedly get six different answers. Dining out is such a personal experience that no two people will share the same opinion.

Eating is about so much more than the food. It is the setting, the people and the ambience. And it will depend a great deal on your mood, at the time.

I am most definitely a foodie traveller because I love to sample the local food of each and every place I visit. But, I am not averse to a little culture and education in the history of my destination.

Bologna will delight the sight-seer and the scholar in equal measure. And the appetite of the foodie will be comfortably sated by the smorgasbord of Bologna delicacies.

Bologna has hilltop basilicas and breathtaking window vistas. The architecture will have the veteran traveller drooling in awe. And the UNESCO listed porticoes and grand cathedrals cannot fail to impress.

1o Tasty Things to do in Bologna

How can you concentrate on food, when the first thing you are faced with is the stunning architecture in the opening image of the attached post.

Bologna is the capital of the Emilia-Romagna region of Italy. A university town with some amazing medieval architecture. This Emilia-Romagna city has something for everybody from the sun-seeker to the history buff.

Bologna is accessible from Milan by the recent;y extended high-speed rail line with a short one hour train journey. This accessibility effectively makes Bologna a suburb of Milan.

11 Best Places to eat in Bologna

When you start exploring Bologna you will encounter the name “La Grassa” or the Fat One. Eating in Bologna is an important pastime because eating is about much more than consuming food.

A dinner is a social event and a very important part of Bolognese life. Bologna is renowned for being the home to some of the best food in the world.

One of the main reasons for a foodie to get excited about a visit to Bologna is the knowledge that the Emilia Romagna region is famed for its rich culinary culture.

Bologna is known for a number of delicious dishes including fresh pasta and cured meat platters.

Despite the impressive quality of the food served in the Bologna restaurants, they are all, generally, very reasonably priced,

Best Restaurants in Bologna for Lambrusco