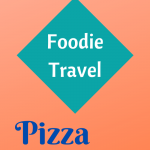 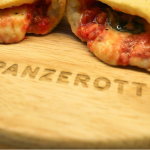 As a keen foodie and oftime traveller, Naples is an attraction with immense culinary prospects. But, before we regale you with the Best Restaurants in Naples, we should recount a little of the Naples history.

Naples, like most of the big Italian cities, has a long and chequered past. Naples was first settled by the Greeks in 2 BC. This was the end of the Greek Dark Age. The Greek culture in Naples played an important part in later Roman society.

When Naples became part of the Roman Republic it became a major political and cultural centre.

Under Roma rule, Naples served as a centre of Greek culture and as a pleasure resort for a number of emperors and wealthy Romans. These wealthy Romans had impressive coastal villas extending from Misenum to the Sorrentine peninsula.

We should make it abundantly clear that this post cencerns Naples in Italy and not the like-named Naples in Forida.

I should also point out that I have never visited Naples – yet. But that will not stop us enjoying this virtual tour of Naples that we are about to undertake.

Naples is situated in southern Italy close to Mount Vesuvius. It houses the Duomo di San Gennaro and Castel Nuevo.

Take in the sights of the famous Amalfi Coast and meander through the narrow streets of Naples, stopping to sample the delicious street food.

You can be sure to marvel at the historic architecture as you absorb the Greco-Italiano culture.

As you stroll around historic Naples, be sure to immerse yourself in the local food markets and enjoy the annual steet food celebrations.

Pick up a Pizza Portafoglio or Pizza Fritta to savour as you walk. Explore the local eateries and visit the waterfront food stalls.

Naples or Napoli is the birthplace of the pizza. And when you visit Naples you will be astounded by the proliferation of pizza joints. But, how do you find the best pizza restaurants? You only have a few days to explore and sample all of the amazing eateries in Naples.

Brooke is a female foodie and she has tried to slim down the choices for you. She has selected her three favourite pizza restaurants and strongly urges you to try some of all of them.

Brooke’s selection of must-try pizzerias is

It is normal, in Naples to order 1 12″ pizza per person. So, Brooke suggests ordering different pizzas for each person in the company and then sharing them all between the group.

Krista took time out from her pizza tour of Naples to try and sample some other Italian cuisine so that she could report on her findings.

She began with Antichi Sapori Partenopei because this was a restaurant that featured in all the guide books.

She sampled the most gorgeous bowl of vongole she had ever tasted and she considers herself quite the connoisseur.

Wendy calls herself the nomadic vegan and she was a little worried that Naples might not cater for the vegan diner.

She need not have worried, Naples has a number of restaurants that take pride in offering 100 per cent vegan dishes.

Wendy provides a blow-by-blow review of each of these enticing vegan eateries, if you care to take a look at her post.

Anna takes a look at Neapolitan food in her own gastronomic way. She hasn’t picked the best retaurants, she has picked the must-have foods.

If you’re going to try one local dish from Naples then pizza is it! Naples is the birthplace of pizza and home of the world’s best.

I have unashamedly paraphrased Anna summaries.

Babà is a yeast-leavened sweet cake soaked in alcohol (usually rum or limoncello) and shaped to resemble Mount Vesuvius (a volcano located in the Gulf of Naples in Campania).

Pizza Fritta is a Neapolitan street food that is considered a delicious speciality that is enjoyed by many Neapolitan locals.

The Neapolitan’s sure know how to brew the perfect cup of espresso and the coffee culture experience is unlike any other!

Naples Gelato is Italian-style ice cream. Gelato has less fat, churned with less air during the freezing process, and served at warmer temperatures than ice cream.

Anna provided much more detail about these gorgeous foods in her artcle.

If you are a foodie with a passion for Italian food then this Campania food guide is for you. When visiting any of the towns around Mount Vesuvius there are a number of must-have foods.

These are all everyday foods in Campania and all so much better than anything we can buy in the supermarket or delicatessen.

Restaurants and Hotels in Ischia and Naples

Exploring Naples has been an aspiration for many years. Most travellers pass through on the way to other southern Italian destinations.

Naples has so much to offer the foodie traveller, it would be sacrilege to pass up any opportunity to visit.

Ischia may not have the historical glamour and notoriety of Capri, but that is exactly what we love about this laid back escape.