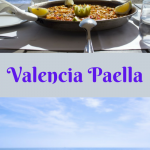 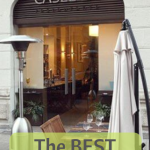 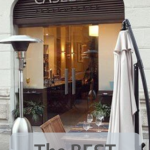 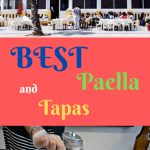 Valencia is an autonomous community and a region of Spain. The city of Valencia is a destination I have made plans to visit on many occasions. Researching the best restaurants in Valencia only reminds me that most plans end in disarray.

The heart of Mediterranean Spain is Valencia, which borders the area of Alicante. Alicante is another bucket-list destination. However, Alicante is more than a sought-for holiday location. It is a dream location for a future retirement casa!

Valencia is one of the oldest cities in Spain. The original city was named Valentia and was founded by Roman legionaries who had been pensioned off from the Roman Army. Built on the banks of the rio turia the city was destroyed during the Sertorian War.

The city of Valentia was founded in 138 B.C. under the consulate of Decimus Junius Brutus. Valentia was a settlement for Roman soldiers who were granted land near the city.

The region of Valencia became a prosperous agricultural and industrial centre under the rule of the Moors. They established ceramics, paper, silk and leather industries.

The rule of the Muslims was briefly interrupted in AD 1094 by the triumphant rampage of the legendary Castilian knight El Cid.

Some of the best Valencian tapas is not found in small tapas bars but, alongside the Michelin star food at a fine dining restaurant. Spanish food includes many superb rice dishes like seafood paella.

However, tapas were devised King Alfonso in the 13th century, as an attempt to reduce public drunkenness. These days, many pubs and wine bars serve tapas alongside their beers and wines.

While we were on holiday in Nerja, our apartment manager informed us he could live on tapas, every day. For the cost of a couple of glasses of wine, he could ve very well fed..

The Spanish love to celebrate and Las Falles is a very big celebration. The most important festival of the kind. It is so important, it has been added to the intangible cultural heritage of humanity by UNESCO.

Today, spectacular papier-mâché statues are erected throughout the city. Every year between 15th and 19th March, the whole city becomes an outdoor art gallery. This is a street party that could only happen in Spain.

The Best Restaurants in Valencia, Spain

You could spend a lifetime trying to locate the best Restaurants in Valencia.

However, the exercise would not be fruitless. You would enjoy some of the best Spanish food that the cuisine of Spain can offer.

Jason has lived in Valencia for two years and his kids went to Valancian schools.

Therefore, Jason and his family have had ample opportunity to find the best restaurants in Valencia.

But, as Jason tells us, you don’t need to frequent the most expensive restaurants in Valencia, to find the best eating experience.

Paella, like Risotto, needs to be cooked correctly. And you can find great paella in Valencia, if you are in the know.

Did you know? Valencia is the home of the original Spanish paella recipe. What is news to me, is that the local Valencia paella recipe, uses rabbit, chicken and snails in its ingredient list.

The climate around Valencia is perfect for growing rice. While you may be tempted to eat in a modern restaurant. Some of the best, most authentic paella, can be found in the family-run cafés that have been the local favourites for generations.

The very best paella, according to the locals, can be found in the Restaurante Levante which is not on the main tourist radar.

However, this restaurant is so popular, you would be well-advised to order well in advance.

Where to eat the best Tapas in Valencia

If you crave some really good tapas you may have more success in Madrid.

Because Valencia does not have a long history with tapas.

However, there are still cafés and bars that serve very good tapas, if you know where to look.

Like many places in Spain, if you want to eat at the best restaurants, you should follow the locals. The best, most authentic tapas can be found at:

To get the most enjoyment from your travels on the tapas trail. Learn to speak the language. Many of the delightful tapas bars cate to the locals.

And because they are not dealing with tourists all of the time, they are unlikely to speak your language. If you can converse, even in the most rudimentary Spanish, with the restaurant staff, you will have a much better time.

Foodie things to do in Valencia

I seldom look to do Foodie things that are not eating delicious local cuisine.

However, on breaks from dining, I do like to explore a little more of Spanish culture.

And there is a plethora of cultural thing to do ine Valencia.

The City of Arts & Sciences, designed by Santiago Calatrava and Félix Candela is an architectural masterpiece that will provide many photo opportunities for the keen photographer.

Valencia old town is a great place for a gentle stroll around the cathedral and the city gates.

As we mentioned earlier, Valencia is not big on Tapas. But, that doesn’t mean you can’t find great Tapas bars.

Valencia is the third-largest city in Spain and there are endless opportunities to spend wonderful evenings in the local Tapas bars.

Fried sardines are the speciality of the Tasca Ángel, a quality, small diner.

The hard-to-find El Pederniz, is a restaurant where friendly, personal service is the order of the day.

Finally, the historic Bar Pilar, used to be a be a grocery and liquor store. It began serving food in 1917.

BEST Restaurants in Valencia for Paella and Tapas