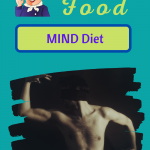 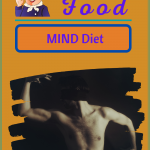 The MIND diet is a hybrid of the Mediterranean and DASH diets with its goal to reduce dementia and the decline in brain health that usually occurs as we age. See the original article on Food Insight.

The MIND diet stands for Mediterranean-DASH Intervention for Neurodegenerative Delay. This diet combines principles from two other well-known diets: the Mediterranean diet and the DASH (Dietary Approaches to Stop Hypertension) diet.

The Mediterranean diet is inspired by the traditional eating habits of those in Mediterranean countries. The DASH diet was developed as a result of clinical trials funded by the National Heart, Lung and Blood Institute (NHLBI).

In the MIND diet, parts of these diets have been combined with a new goal: reduce dementia and a decline in brain health that usually occurs as we age. Specifically, the MIND diet differs from the Mediterranean and DASH diets in a few ways: It emphasizes berries, due to their antioxidant properties, over other fruits and recommends eating fish at least once per week.

Did you know that March 14 – 20 is Brain Awareness Week? Researchers are finding that healthy lifestyle choices, such as adequate sleep, plenty of exercise, stress management and mindfulness, can increase your brain quality by as much as 60 percent. One of the most impactful choices for retention and prevention, it turns out, is nutrition.

Diet has long been linked to our overall health, but one diet in particular is now gaining attention for warding off dementia and Alzheimer’s disease. The MIND diet is a combination of the Mediterranean diet and the DASH diet, and the premise is fairly simple.

Getting Started on the MIND Diet

Looking for a change in diet that boosts your brain and helps your body? A recent review of more than 40 eating plans found that the MIND diet may achieve both.

The MIND diet was ranked #5 in Best Diets Overall for 2020 according to an analysis by U.S. News and World Report. The review evaluated more than 40 diets with input from a panel of health experts.

Cognition is something a lot of us don’t pay too much mind to (pun intended) — until it’s too late.

It’s like wearing sunscreen or flossing. Some of us (guilty) grew up blissfully unconcerned about either until those wrinkles and cavities starting showing up. Then all of a sudden you find yourself sporting a fedora 24/7 and carrying around a full dental kit in your handbag — just me?

What I previously failed to acknowledge with those two practices, and what is becoming ever apparent with most health and wellness concepts, is that prevention is key.

Sure, we can take precautions to avoid further damage, but wouldn’t it be nice to have prevented or reduced the damage to begin with?

6 Worst Foods for Your Brain

“The quality of your diet has been directly linked to the health and optimal functioning of your brain.” says Dr Maryanhthu a neurologist with the Neurosciences Institute at Advocate Christ Medical Center on Oak Lawn IL.

There are several research studies and clinical trials that indicate a high sugar, or artificial sweetener, intake is directly linked to poor cognitive function.

We all want to age gracefully, and most importantly with our minds intact. Brain health and food for brain health should be everyone’s concern, as Alzheimer’s disease and dementia are devastating conditions, and the numbers are rising still.

The future prospects for the population are dire in general health, and in particular, in brain health.

Learn how to boost your brain health with a (gluten free) MIND Diet Meal Plan. That’s not only nourishing and delicious but simple and easy to follow as well!

Scary stuff! Did you know that fluid intelligence, your ability to think quickly and recall information, peaks around 20 years of age. Then starts slowly declining ?

Don’t fret though. There’s good news too! Because the MIND Diet, based on two popular diets, a Mediterranean diet + the DASH diet. It has been shown to boost brain health and cognitive function. as well. As reduce the risk of Alzheimer’s by up to 53%!

Whole30 is super popular, and if you’ve been having digestive issues, it’s an especially good one to try. Because you mostly only eat veggies and protein for 30 days. And cut out common problem foods like alcohol, sugar, dairy, and some nuts. You can figure out what your body likes (and doesn’t!) as you slowly introduce them back into your diet.

The macrobiotic style of eating has roots in Japan. But it’s becoming popular around the world for a good reason. The primarily plant-based diet full of fruits, veggies, whole grains, and small amounts of fish. Could help ward off everything from heart disease and diabetes to cancer. Mostly because you’re not eating sugar, processed food, or a ton of animal products.