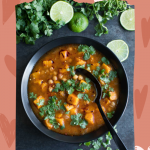 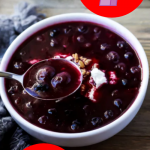 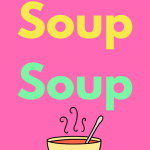 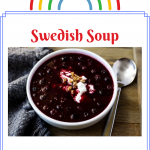 The most famous people from Sweden are, arguably, Abba. They are the pop music sensation.I wonder if Bjorn, Benny, Anni-Frid and Agnetha supped Swedish Soup between recording sessions.

If Abba did partake of these delicious soups. You can be sure they were following a very healthy diet.

Furthermore, soup has to be one of the easiest, healthy meal options to feed to your growing family. Using left-over veggies is the most common way of concocting your own unique soup recipe.

A number of the soups we feature here, are Scandinavian fruit soups. These are refreshing, chilled soups enjoyed by the Swedes at breakfast.

Yellow peas and split peas are dried legumes that form the basis of many soup recipes in Sweden. They are also in the cuisine of many other countries.

This yellow pea soup is traditionally a Thursday meal in Sweden. Often, it will be followed by a dessert of crepes with whipped cream and preserve.

Because skiers need to have a healthy, energy-giving meal to keep them warm on the piste. You are sure to feel completely energised after a superfood breakfast of blueberry soup.

Additionally, if you are looking for a great source of iron, spinach soup will be perfect for you.

This Fruit soup is a chilled dessert dish. It is delightfully sweet without using any refined sugars.

While this is a lovely after-meal sweet. Fruit soup also makes a terrific bedtime snack.

I was hopeful that this potato dumping soup would be a Whole30 compliant recipe.

But, I would need to replace the normal flour with a gluten-free alternative.

And, the refined sugar would also have to be replaced.

However, I haven’t begun my Whole30 yet and I do love dumplings.

We couldn’t compile a list of Swedish Soup Recipes without including a recipe for fish soup. This is a Norwegian recipe but, they are neighbours to the Swedes.

This recipe is an evolution of the clam chowder of the mother of the post author.

Caraway seeds add a subtle, nutty flavour to this wholesome cabbage soup. You may be forgiven for doubting the excellence of this healthy broth because you have heard tales of flatulence.

This Swedish Cabbage Soup is a really healthy way to get some of your daily greens. Don’t be put off by windy gossip, this is a tasty, healthy soup that is really good for you.