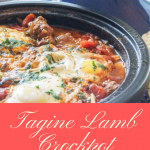 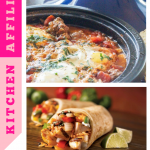 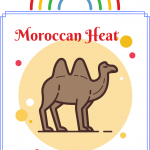 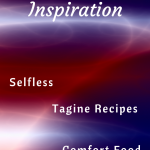 After having been in Morocco recently, I have become very interested in Tagine recipes for the Moroccan taste I discovered there.

But, what impressed me most with my Moroccan travel, was the people. I have never met such open, friendly people any where in the World.

Especially in Marrakech. This vibrant, bustling town with its amazing souks or medinas, is full of friendly, helpful people. Admittedly, there were a few “salesmen” who only wanted to help you part with our money, But, that’s the same, the world over.

A tagine is a cooking pot from North Africa. Typical of the Berber people in Morocco. This clay cooking container is used to produce tender, flavoursome meat stews.

While we correctly identified the tagine as a Berber dish. Tagine cooking has evolved because of repeated Arab and Ottoman invasions.

Additionally, Moorish refugees from Andalucia, alongside French colonisers have left their stamp on the tagine cooking methods of Morocco.

Mkaouara is a Moroccan dish traditionall made in a tagine. Small meatballs of lamb or beef in a tomato sauce with boiled eggs. This Berber or North Aflican style of cooking is done in a clay crock pot.

The cumin, paprika and cinnamon elevate the flavours of this delicious Moroccan stew to dizzying heights. If you have never visited Morocco, I can highly recommend you do.

We visited Essaouira and Marrakech. In both towns the level of hospitality was unrivalled and the food is superb.

A little bit of blatant, or is it unintended, product placement in this recipe title. But, it is an easy recipe and which time-starved Mom is not in need of some time-savng tips.

Simple, off-the-shelf ingredients will make shopping for this recipe much less of a chore than it might have been otherwise.

The spices used in this Moroccan cooking produce the most complex and delicious taste sensation you could imagine.

You only need to look at the images in the attached recipe to taste the amazing tender chicken pieces. While we were in Marrakech, we were luycky enough to be taken to a highly-recommended restaurant with delicious food just like this.

I think that Butternut squash id one of my favourite vegetables. When it is slow-cooked in this amazing beef stew it will absorb so much taste and complexity.

The fragrant Arabic tagine cooking of this remarkable beef stew takes your taste buds to the next level.

I assocaite Mary Berry with baking. But, this lamb tagine could force me to reevalute my opinion.

Lamb tagine may be slow to cook. But, it is surprisingly quick to prepare. Clear the kitchen worktops and get ready to create!

It was not very long ago that I went to a very old haunt of my mother for some modern pub grub. I immediately chose falafel from the menu because it sounded exotic.

Little was I to know that falafel is the exotic name for a chickpea burger. Leaving the choice of name aside. It was a fantastic meal and a brand new eating experience for me.

Slow braised chicken with apricots and honey is my idea of food heaven. Ignore the mootednealth benefits of both honey and apricots. This is just too darned delicious.

It should come as no surprise to see the Moorish impact on architecture and Spanish cooking. Morocco is only a few miles across the water from Spain.

Tagine Recipes for a Moroccan taste